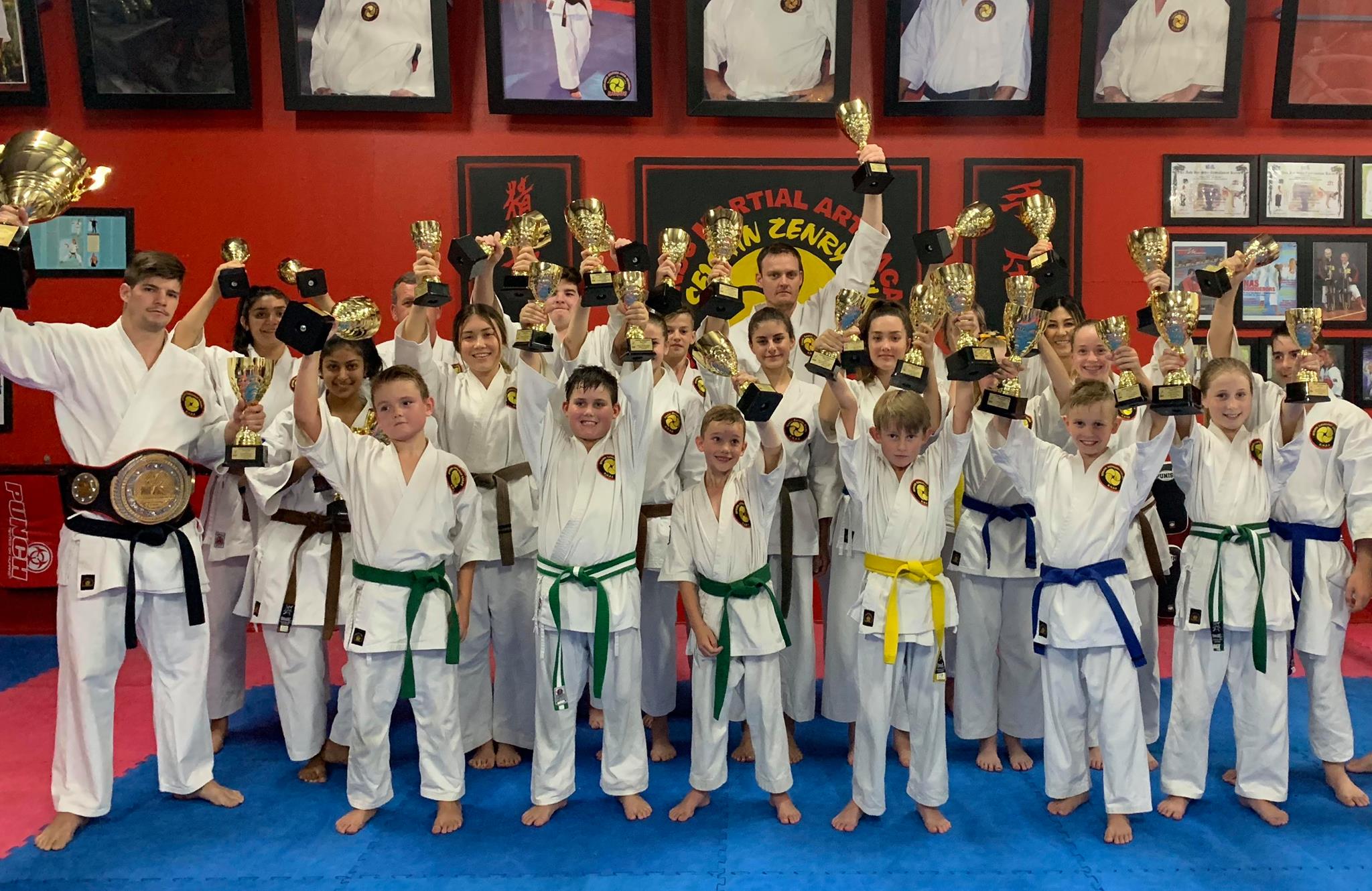 At this tournament Senpai Josh Wiltshire won the coveted Male Champion of Champions Title (a competition between the winners of each of the senior male black belt weight divisions). In 2016 Sensei Mark won the title alongside fellow RMAA student Sensei Shannon French who won the Female Champion of Champions, following in the footsteps of club member Sensei Karen Young (nee Stone) who won the title in 2005. Sensei Mark Stone also went on to defend and retain the title in 2017.

RMAA has also had great success at international tournaments, travelling to NZ, Canada, US and Japan for competitions. As a result of which the club boasts Trans-Tasman and World Title holders. RMAA attends other local tournaments in the Redlands and on the Gold Coast throughout the year and also makes an annual trip to Dubbo, NSW to attend the Te Ashi Kai Shin National belt Challenge Tournament hosted by Kyoshi Shane’s instructor Hanshi Michael Ireland.

RMAA tournament team students put in extra training once a month to prepare themselves for competitions and the hard training and focussed coaching results in the students shining at all local, national and international events they attend in all forms of competition, including Kata, Weapons and Sparring. RMAA students have developed a reputation for their skill and good sportsmanship reflecting the high standards expected of them by their instructors.